$100,000 Settlement For Heirs After Mother Wrongfully Died of Heart Attack While Waiting For Treatment 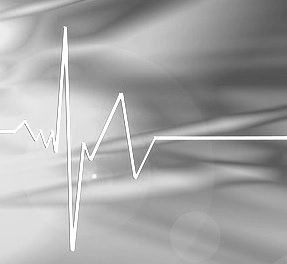 59-year-old Mary had worked most of her life as a registered nurse, so when she began to feel tightness in her upper body, arms and jaw early one Friday morning, she knew it could very well be a heart attack. She called her son Paul, who lived nearby, and asked him to take her to the hospital. Not wanting to have any problems with insurance, she insisted they go to the hospital where her coverage was honored.

When they arrived, her vitals were taken and she was told she would have to contact her physician to get authorization for treatment and fill out some paperwork at an admitting station. Paul immediately called Mary’s doctor and left a message for him. Although Mary and her son pleaded with hospital clerks to get a doctor to see her, even to the point where Mary’s son was told to “calm down,” they were repeatedly told Mary had to fill out the paperwork first. 18 minutes after arriving at the hospital, Mary put her head face down on the forms lying on the counter in front of her and said she felt like she was going to pass out. Those were the last words she ever said.

The heart attack Mary and her son Paul were so concerned about had now stopped her heart. Seeing Mary passed out, cradled in her son’s arms, the hospital suddenly realized the gravity of the situation and sprang into action. Mary was put on a stretcher and taken immediately to the emergency room, where they were able to get her heart beating again. Unfortunately, it was too late. She never regained consciousness and passed away three hours later.

When Mary’s adult children first met with a personal injury attorney at Warshafsky Law, they told us it wasn’t about the money. For them, it was about making the hospital understand that the way they treated their mother wasn’t right. As often happens in cases like this, our attorneys communicated with attorneys for the hospital to discuss the situation and see if all sides could come to an agreement. After many discussions with all the parties involved, the hospital settled with the family before the wrongful death lawsuit ever appeared in Wisconsin court. Mary’s daughter and three sons received $100,000 for their loss and the satisfaction of seeing the hospital’s treatment of their mother made public. (In today’s dollars, the settlement would equate to about $191,000)

As is the practice in cases that end in settlement, the hospital did not admit any liability or wrongdoing. However, our lead attorney on the case was confident they were guilty of Wisconsin medical malpractice and evidence would have clearly supported this in a courtroom. News stories at the time told Mary’s story and the message to all hospitals came through loud and clear: You can’t just tell someone showing symptoms of a heart attack to sit in a waiting room and fill out forms. Thanks to the publicity surrounding this case, hospitals throughout Wisconsin reviewed their admissions policies when patients describe symptoms consistent with a heart attack and implemented new protocols for expediting treatment.

At Warshafsky Law, our Madison personal injury attorneys have a phenomenal record of success in securing maximum compensation for our clients. We have even set records for monetary awards obtained on behalf of our clients. By preparing every case from day one as if it will go to trial and fighting every step of the way for our clients, we have prevailed in numerous high-profile cases requiring hospitals, corporations, and manufacturers to totally change the way they do business. While no amount of money can bring back a loved one, the punitive nature of a monetary award can help make a point to those responsible and bring about positive changes for the good of society at-large.

Free Initial Consultation And No Fees Until You Win

If you or someone you care about has been wrongfully injured by the negligence of others, you can do no better than having the Madison personal injury attorneys of Warshafsky Law on your side. We represent our clients all the way through to the completion of their cases without expecting payment for anything until they have been compensated. Learn more about how we work and what we can do for you at a free initial consultation.