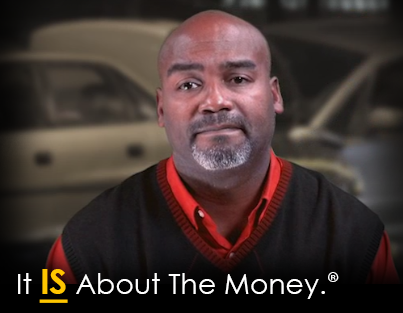 In April of 2002, members of the Hawkins family were traveling from their home in Wisconsin to spend Easter with a relative in Texas.

Ruth Hawkins, along with her son Antoine Harvey and his son Antoine Jr. left Milwaukee and picked up Ruth’s daughter Janese in Tennessee, where she was a sophomore at Lane College, then continued their trip to Texas where they were to reunite with Ruth Hawkins’ oldest daughter, Rashida.

Along I-40 in West Memphis, Arkansas, their trip took a horrific turn. As they were stopped in a highway construction zone, a semi-truck carrying fertilizer slammed into the back of their car. The impact pushed their car into the cars in front of them and caused their vehicle to erupt in flames. All four were burned alive. Although it was never determined if it was the fertilizer the truck was carrying which caused the explosion, it is well-documented that urea fertilizer is highly explosive when heated up.

Today, over a decade later, Scott Hawkins still feels the loss. He remembers his stepmother Ruth as a devoted mother and active member of her church, his sister as a best friend, his stepbrother Antoine as an inseparable companion growing up, and little Antoine, Jr. as a fun-loving 3-year-old who loved playing trains with his cousins. Although nothing could ever bring them back, Scott and his family felt—rightly so—someone had to pay for the terrible accident that took their lives. He and his family began meeting with our experienced auto accident attorneys.

From his very first meeting with the personal injury attorneys of Warshafsky Law, Scott noticed a difference. Unlike the other law firms and attorneys he had met with, Scott remembers Warshafsky's wrongful death lawyers being more concerned about how his family was holding up than about pressuring them into settling the case quickly. As Scott explained it, we made him feel more like a friend and a family member than a client. You would think any attorney would be able to show some sincere compassion for a family dealing with such a terrible tragedy, yet apparently this is not the case when it comes to the typical “settlement mill” law firm.

One of Scott’s relatives had consulted with a big West Coast law firm and was being advised to take a $750,000 settlement offer—the maximum insurance the trucking company carried. We told Scott his family was worth more than this, and through due diligence our accident investigators found there were bigger fish to fry than the trucking company. We discovered the construction company was the real party at fault, as the location of the entrance to their site created a dangerous situation for motorists. By pursuing them as the real culprit behind the Hawkins’ accident, Warshafsky Law firm was able to secure $3.9 million for the Hawkins’ loss.

Yes, the money is impressive, but as Scott Hawkins says: “I wouldn’t wish this sort of tragedy on anyone.” However, if you have suffered a grievous loss like the Hawkins family, the Madison office of Warshafsky Law will see to it you are compensated to the maximum extent possible.