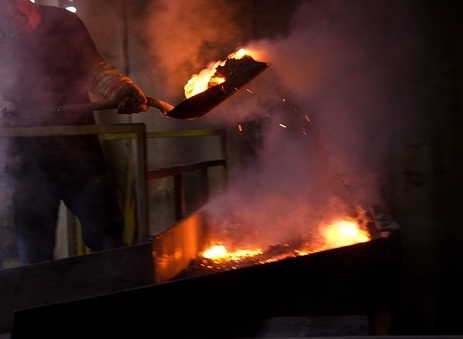 As a teenager growing up near Lake Michigan, Ken loved seeing the big boats crossing the lake. Enthralled by the adventure of a life on the water, he quit school at a young age and followed his dream of becoming a Great Lakes seaman. Sadly, that dream took a nightmarish turn.

While working as an oiler in the boiler room in one of the last coal-fired steamships plying the Great Lakes, Ken crawled inside the furnace to clean some clogged grates. The furnace had been shut down the night before so it would be cool enough to work on. Ken worked alone on the furnace and no one noticed anything was wrong until a crew member went to check in on him later in the day. Ken was found drifting in and out of consciousness, alternating between being combative and being wracked with convulsions.

As Usual, Employer Denies Any Accountability

At just 35, Ken found himself sitting in a rehabilitation center, unable to even remember his wife or to comprehend he had a two-month old baby with her. Although the precise cause of Ken’s brain damage could not be determined, experts concluded it was likely due to a lack of oxygen and the effects of inhaling hydrogen sulfide and other toxic fumes emitted from coal in the ship’s furnace. The steamship company, of course, denied any accountability and actually tried to argue the cause was a complete mystery, or possibly attributable to something in Ken’s medical history. With a desperate need for a fighter in their corner, the family realized a brain damage lawsuit was mandatory.

Facing the daunting prospect of defending their flimsy position in court, especially with the personal injury attorneys of Warshafsky Law on the other side of the courtroom, the shipping company agreed to an immediate $850,000 cash payment and monthly payments which could bring the total settlement to more than $7 million over the next 10 years. A considerable sum, yes, but even more impressive when one considers this settlement is from some years back. Adjusted for inflation, those 7 million dollars are the equivalent of nearly $11.9 million in 2014. While the money will help Ken’s guardian and his family pay for the care he will need the rest of his life, it cannot bring back the Ken they knew and loved.

The Madison personal injury attorneys of Warshafsky Law routinely handle cases where employer negligence causes grievous injury to employees. In many cases, the outcomes serve as Society Changing Judgments which profoundly change the way businesses operate. As word of the case involving Ken spread throughout the Great Lakes shipping industry, you can bet other shipping companies quickly implemented safety precautions to prevent similar incidents on their ships. Whether motivated by legitimate concern for their employees or a fear of being sued themselves, any change for the better is good.