When to Get an Attorney for a Car Accident

Madison Personal Injury Lawyers on When to Lawyer Up

There are literally thousands of auto accidents in the greater Madison area each year. Fortunately, the vast majority are minor fender benders that don’t require the involvement of attorneys. But if the accident is serious—serious enough to have caused substantial bodily harm or property damage—you absolutely need legal representation.

While it may seem obvious, it bears the added emphasis of its own headline:

The More Serious the Injuries and the Bigger the Medical Bills, the More You Need a Personal Injury Attorney 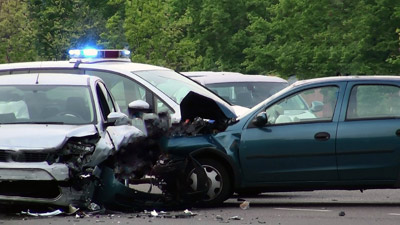 Generally speaking, the more serious the injury you (or a family member) have suffered, the bigger the medical bills will be. And the more those responsible for causing the injury will try to wiggle out of any blame—or at least try to get a break on the restitution they pay.

If you’ve been seriously injured in an auto accident or had major property damage along the lines of a car crashing into your house and triggering an explosion, the first sign you should probably have a lawyer representing you is a settlement check sent to you from an insurance company. All too often, the amount of this initial attempt to settle is far below your actual losses.

The old “check in the mail settlement” is a favorite ploy of those looking to get off the hook for the damage they’ve done as cheaply as possible. They’re counting on the appeal of cash in hand and your inattention to the fine print. What fine print, you ask? It’s usually there in a small font, explaining that accepting their check means you waive any right to pursue further legal or criminal action against their client.

Our advice: Don’t cash any check from the opposing side’s insurance company until you’ve consulted with a lawyer. An experienced Madison car accident attorney, like you’ll find at Warshafsky Law, will let you know if the amount presented to you is fair or not. We can also give you an idea of what sort of compensation you should be getting, based on similar cases in Wisconsin.

Disputed Fault Auto Accident Cases: Don’t Even Think about Going It without an Attorney

One of the most difficult auto accident injury lawsuit scenarios is when both parties involved accuse each other of being at fault for the accident. If you know you were not at fault, but the driver of the other car claims you were, his insurance company will deny any claim you make for the damages you’ve incurred. At best, they might offer a pittance of a settlement just to make you go away. This is where having a law firm like Warshafsky Law behind you makes all the difference.

Disputed fault cases require investigation, and no one is more tenacious about looking under every stone than our investigators. Besides gathering police reports and witness statements, our investigators will photograph the scene of the accident, look for any nearby stores or banks that may have captured the accident on their surveillance cameras, and photographically document the condition of all vehicles involved. When necessary, we’ll also take depositions of witnesses who may be called to testify at hearing.

Often, disputed fault auto accident cases require what can best be described as “visual aids.” These can take any number of forms and are used to explain how an accident occurred and who is at fault. Over the years, Warshafsky Law has earned a reputation for innovative 3-D models and other tools. The most commonly used form today is the computer generated re-enactment, which is played in court on a large screen TV. We make extensive use of this technology in disputed fault cases, as well as other types of litigation.

No One Fights Harder or Wins Bigger than Warshafsky Law

Hire an attorney from a “sign and settle” law firm, and the insurance company for the opposing side knows right off the bat they can get away with a lowball settlement offer. These types of law firms aren’t concerned about you, they’re concerned about their profitability. The more cases they settle, and the faster they settle them, the bigger their bonus checks.

At Warshafsky Law, we treat every case from day one as though it will end up being heard by a judge and jury. The insurance company lawyers we face off against know better than to insult us with puny little settlement offers. If what they offer is fair, we’ll recommend you settle. If we think you stand to fare much better by taking the case to court, we’ll recommend doing so.

It happens when you have Warshafsky Law on your side.

Madison’s Best Auto Accident Injury Attorneys—At No Upfront Cost WhatsoeverHere is how it works: After a free initial consultation with one of our attorneys, we’ll give you our opinion on the strength of your case and what sort of compensation you might stand to gain by filing suit. If you choose to hire us, we will fully fund your case until either a settlement is reached or a judgment made.

What are you waiting for? Why not set up your free initial consultation today?