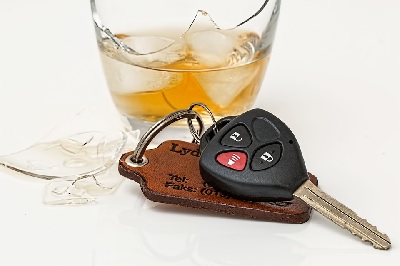 Doreen was driving home around 12:30am after working the second shift at her job. As she went through an intersection, a car came screaming through a red light and T-boned her Toyota. While Doreen had to be carried away on an ambulance stretcher, the driver of the other car suffered only minor bruising.

As it turns out, the driver of the other car was a UW-Madison college student returning to his dorm room after attending an off-campus party. When police arrived on the scene, they could smell alcohol on him from 10 feet away. A breathalyzer test showed he was well over the legal limit. Unfortunately, incidents like this are fairly common throughout Wisconsin—particularly in college towns like Madison.

For those who have been injured by young drivers operating under the influence, receiving compensation for injuries and getting back to normal life can be a long and frustrating ordeal. Having an experienced Madison personal injury lawyer is always a good idea, and can often keep things moving on your case.

Most states have what is known as social host liability laws, as well as dram shop (bars and taverns) liability. These laws allow someone who has been injured by a drunk driver to implicate those who provided the alcohol in a lawsuit for damages. This is a good thing, since drunk drivers have a tendency to not have much in the way of assets and often don’t carry auto insurance.

In Wisconsin, however, these laws only come into play when an intoxicated minor under the age of 21 injures someone after drinking alcohol. If a driver under the age of 21 is intoxicated at the time of a crash, the business or social host who served the driver alcohol can be held liable for damages caused by the accident. If, however, the intoxicated driver is 21 or older, the injured party can only pursue damages against the driver and/or his insurance company.

If you’ve been injured in an auto accident caused by another driver’s carelessness (or drunkenness), you basically have two options: Negotiate a settlement through a personal injury claim with the at-fault driver’s insurance company or file a personal injury lawsuit.

You might think, “Wait a minute—won’t my auto insurance cover my medical bills?” Unfortunately, no. Wisconsin is a no-fault state, which means that your insurance will not pay for your medical bills and lost wages. You have to collect for your bills from the at-fault driver.

What If The At-Fault Driver Doesn’t Have Insurance?

Most scenarios involving a personal injury claims and personal injury lawsuits presume the at-fault driver has insurance. In many cases, however, this simply isn’t the case.

If you’re wondering how this can be, it is because even though Wisconsin law requires drivers to have liability insurance, there is no requirement to provide proof of insurance when getting a driver’s license or registering a vehicle.

The only penalty insurance-less drivers face is a fine of “up to $500” and losing the right to register and license their cars for 5 years. So, you can see how tempting it might be for many to get away without buying insurance.

Pursuing A Personal Injury Suit Against An Uninsured Driver

In Wisconsin, uninsured drivers involved in personal injury lawsuits are required to pay the State a money bond equal to the damages claimed by the injured party. These damages can include the cost of car repairs, medical bills, wages they lost by not being able to be at work, and even an award for their pain and suffering. As you can imagine, the cost of all this can easily run into the tens of thousands of dollars.

As you may already see, the problem with filing suit against a driver vs the driver’s insurance company is that the driver may not have any means to actually pay for your damages.  If your suit is successful, the at-fault driver may be ordered by the court to make payments toward your claim. Whether he does or not is another matter. And, of course, receiving monthly payments toward a large claim doesn’t help much when you’re stuck with a $50,000 hospital bill.

An insurance company, on the other hand, has very deep pockets. Whatever the situation, though, the personal injury attorneys of Warshafsky Law will do everything possible to ensure you are adequately compensated for your losses and your injuries.

There are many issues involved in filing a personal injury suit against a drunk driver. Our experienced Madison personal injury lawyers offer a free initial consultation during which we clearly explain the whole process and what sort of compensation you might expect based on the known facts in your situation.

If after meeting with us you decide to let us represent you, we won’t ask for any payment from you until your case is resolved (either through trial or settlement) and you have been compensated. Additionally, our No Win, No Fee policy ensures if we do not win your case, you don’t owe us a thing.

Take advantage of our free initial consultation and schedule a meeting with one of our Madison personal injury attorneys now.